Goal: Providing emergency humanitarian assistance to the most vulnerable people affected by the explosions in Beirut.
Lead Organization: Dorcas
Organizations: Cordaid, CARE, Dorcas, Save the Children, Stichting Vluchteling, World Vision
Duration: August 9, 2020 –
February 8, 2021
Highlight: The Lebanon Joint Response comes together to address the immediate needs of the most affected and vulnerable households with specific attention given to elderly, people with disabilities from host, refugee and migrant populations. 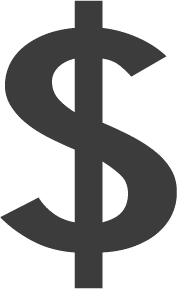 On 4 August 2020, a major explosion at Beirut’s port rippled through the Lebanese capital with devastating force. A poorly stored deposit of 2,750 tons of ammonium nitrate, a highly explosive chemical, was later identified as the source. The blast shook the capital with the same power of a 3.5 magnitude earthquake.

At the time of writing more than 220 people have been reported killed and an estimated 6,000 people wounded. At least 300,000 people have been made homeless. Thousands of businesses and homes, health care centres and schools are severely damaged and countless more livelihoods threatened.

Two blasts occurring shortly after each other destroyed an estimated 120,000 metric tons of food stocks, including wheat, soy and other staples. Grain silos at the port were also heavily damaged in the explosions.

The news comes as Lebanon faces a multi-faceted crisis. In recent months, the country has faced an unprecedented economic downturn with deepening poverty and rising prices particularly directed at the vulnerable population.

The Lebanon Joint Response sets out to support some 44,380 people among the most affected and vulnerable households.

The Lebanon Joint Response have come together to repair houses that have been destroyed or damaged by the blast so that families can return home safely. This will be achieved through cash-for-shelter repairs and in-kind shelter.

Another main objective is to make food available for people that are experiencing mass food shortages as a result of the disruption to their main sources of income. We will do this through the provision of ready-made meals and food parcels. A small emergency livelihoods component is included in the Joint Response where entrepreneurs will receive a one-time business grant to rehabilitate their business.

To uphold the safety and wellbeing of families, including children who remain traumatised by the disaster, mental health and psychosocial support services are also being provided. These include Psychological First Aid (PFA), Psychosocial Support (PSS) and case management services, and focus on helping people deal with loss, stress and trauma as a result of the tragedy.

Unconditional and unrestricted cash transfers are being utilised to ensure the most basic needs are being met as many families lost their source of income as a result of the explosion and economic crisis.

Efforts are also focusing on water, sanitation and hygiene (WASH) activities such as the distribution of hygiene, disinfection and dignity kits, the provision of water storage tanks and water trucking services and hygiene promotion and awareness-raising initiatives.

To limit the spread of COVID-19, all partners are conducting awareness-raising activities to increase community awareness of physical distancing and personal protective measures and avoid misinformation. Lebanon is facing a surge in COVID- 19 cases as a result of widespread displacement caused by the blast with intensive care units (ICU) at the city’s major hospitals nearing capacity.

All six Lebanon Joint Response members have been operating in Lebanon since the onset of the Syrian refugee crisis – some even before. The majority of their personnel are Lebanese and therefore have extensive knowledge and expertise regarding the
local context. Giving these members of staff responsibility for the implementation of
the Joint Response ensures that we are able to respond with speed and agility – all
with respect to the changing situation on the ground.